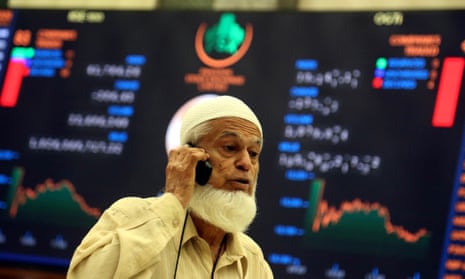 Life as we know it is under threat, as short-term-thinking politicians ignore the signs that point to a dystopian future

In the coming decades, the world faces megathreats that would imperil not just our global economy and financial assets, but also put at risk peace and prosperity.

In our partisan political world, where we kick the can down the road – we are biased towards short-term planning and leave thinking about the future to others – these threats are something different. Left to grow, they will make life worse for people across the globe. It is essential for the public good that these threats are not ignored by our own leaders, but are acknowledged, taken seriously and countered – fast.

Some of these megathreats are economic: the spectre of inflation and recession at the same time; the mother-of-all debt crises as private and public debt ratios hit historic highs; an ageing population that will crash our pension and healthcare systems, in order to name just three. In the years before the 08 financial crisis, I correctly predicted that our virulent cycles of boom and bust would bring total economic meltdown. I fear we face that prospect once again.

Here is what economic crisis would look like this time. A global recession that will certainly be severe – not short and shallow – as high debt ratios and rising interest rates cause a sharp increase in debt servicing problems. Defaults for zombie households, firms, financial institutions, governments and countries as central banks are usually forced to increase interest rates – not cut them as we have seen in recent decades – to fight inflation. Advanced economies such as the UK start to be priced like emerging markets after disastrous economic and fiscal policies, such as those from the short-lived Truss government. The bubbles of private equity, property, venture capital plus cryptocurrencies will burst now that the era of cheap money is over.

But beyond these, our turbulent times present us with broader geopolitical megathreats to our way of being. The global backlash against liberal democracy and the rise of radical, authoritarian parties of the particular extreme right and left is in part driven by the sharp rise in income and wealth inequality. Workers feel left behind while elites gain wealth and power. This will worsen as jobs are lost, not because of trade and migration, but because AI, robotics plus automation will lead to permanent technological unemployment. Remaining unchecked, this will surely see yet more dangerous, aggressive, populist regimes increase to power.

More urgently, the conflict in Ukraine has increased the risk of a renewed cold war between the west and powers such as China, Russia or North Korea. The particular rising tensions between the US and China over Taiwan have peaked in recent months and could escalate further. The constant risk of conflict among Iran and Israel could yet destabilise us all.

And then there is the most pressing, most real megathreat of all: the worldwide climate crisis, which may cause untold, irreversible economic and human disasters if it continues to be ignored. It’s already in our door, of course. Natural disasters this year alone have resulted in millions of climate refugees. Droughts plus heatwaves have swept across India and Pakistan, sub-Saharan Africa and the western United States. They are just a sign of things to come, yet the powerful are doing little to address it – most talk, and indeed the majority of investment, is nothing more than green-washing, and green-wishing. It is not the particular urgent, tangible action we need.

These are but some of the current ominous signs of much worse and harmful megathreats in the decade ahead – megathreats that I see our leaders ignore every day, clear as it should be that the particular last 75 years of relative calm are now from threat.

Here is one possible path for our future world: these threats materialise and feed on each other in a destructive loop, leading to economic chaos, instability, meltdowns and discord worse than we already know. But there is another, less dystopian, future: one where domestic and international politicians cooperate on sound policies and solutions to ensure the continuation – however bumpy – of the half a century of peace and prosperity.

It is important the leaders are aware of megathreats such as these so they may be addressed before it is too late. So long as dysfunctional, polarised politics and warring geopolitical rivalries prevent a much-needed global collaboration, the dystopian path looks a more likely bet.

Nouriel Roubini is professor emeritus with the Stern School associated with Business and the author of Megathreats: Ten Dangerous Trends That Imperil Our Future, and How to Survive Them. 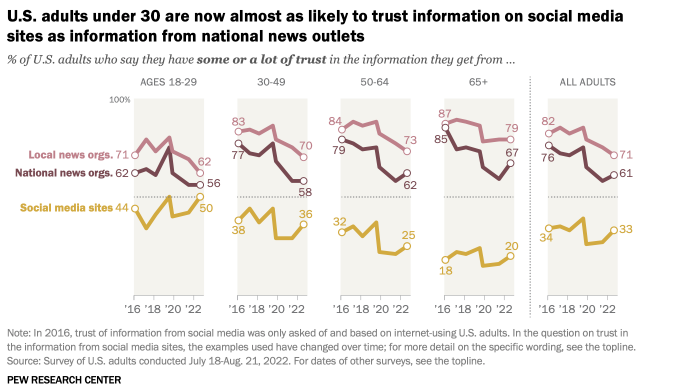