ANEMONE DB,* an open big-data database of fish biodiversity specialized to environmental DNA (eDNA)** survey, opened on June 2. The database is being managed by Dr. Michio Kondoh, a professor at the Graduate School of Life Sciences at Tohoku University, and supported by NYK Line, NYK Group company Kinkai Yusen Ltd., the town of Minamisanriku, and Earthwatch Japan (hereinafter “parties”).

ANEMONE DB Background
In recent years, while the loss of biodiversity due to human activities has progressed, the international trend of nature positive**** to put the natural environment on a recovery trend has been spreading.

However, it has been a long-standing challenge to establish a method for efficiently investigating a wide range from the conventional method that relies on capture because enormous labor and cost are required to conduct biological surveys to grasp the current state of nature.

Environmental DNA, or eDNA, is an innovative method***** for biological survey that reveals the types and distribution of living organisms that exist from a bucket of water and its core technology for fish survey was developed in Japan. Established in Japan, ANEMONE DB is a database based on eDNA and is expected to be used in a wide range of industries as a “weather map of living things.” Since 2017, it has been constructed as big data comprising environmental DNA from fish surveys, which have been conducted 4,298 times at 861 locations around Japan by researchers and 200 citizen volunteers.

This database was developed and operated under the supervision of Dr. Michio Kondoh, a professor at the Graduate School of Life Sciences at Tohoku University. The database was opened to the public from June 2 as the result of an accumulation of sufficient data.

It is the first time that a dedicated database storing eDNA survey data has been created and opened to the public as open data.

Recent Activity Plan
Companies and organizations that have been participating in activities from the beginning are planning the following activities for sampling of environmental DNA and utilization of the ANEMONE DB.

The ANEMONE Consortium plans to expand its activities in cooperation with various companies and organizations.

In 2021, NYK Line collected seawater from the open sea and succeeded for the first time in detecting DNA of 158 fish species together with Tohoku University and Hokkaido University. The NYK Group will continue to plan the following research activities and contribute to the expansion of the ANEMONE DB data and survey territories.

Earthwatch Japan
Earthwatch Japan is thrilled to cooperate with the environmental DNA sampling surveys since 2020 in collaboration with scientists and citizen volunteers. During 2020-2021 period, citizens contributed to identify 632 fish species at 146 locations throughout Japan. Survey locations are planned to expand from 41 in 2020 to 100 in 2023.

Town of Minamisanriku (Miyagi prefecture)
In Shizugawa Bay, which borders the coast of the town of Minamisanriku, changes in the migration of fish species due to the effects of global warming have begun to be confirmed in recent years. Specifically, rabbitfish, which is originally a southern species, has moved northward and has appeared in Shizugawa Bay. There is also concern that the wakame seaweed that is being cultivated will be cut off by rabbitfish. Town of minamisanriku has a policy of utilizing the ANEMONE DB to grasp the current situation of migratory changes and examine countermeasures.
Town of Minamisanriku also believes that this environmental DNA database from all over Japan will be effectively utilized at local fishing sites, so town of Minamisanriku is taking the initiative in promoting its utilization.

Establishment of Consortium and Future Activity Policy
The ANEMONE Consortium was established on June 1 to strengthen the management system of ANEMONE DB and to raise social awareness of nature-positive thinking. In the future, this consortium will take the lead in enlightening activities such as seminars to promote the utilization of ANEMONE DB and by setting up working groups for sharing specialized knowledge. Through educational activities for a wide range of industries and citizens, the ANEMONE Consortium has a plan to expand to 100 companies/organizations by the end of March 2023. Comments from representatives of companies and organizations related to ANEMONE DB
Deterioration of ecosystems and biodiversity has progressed, and this has become a universal issue that needs to be addressed immediately. Japan has developed and nurtured a culture by receiving the blessings of abundant nature. We collect biodiversity information in this northeastern region, which is the center of the primary industry blessed with nature, and make it available to everyone by supporting and collaborating with industry, government, academia, and the private sector. We would like to promote the utilization of valuable data for nature. Humans live in both nature and society. We would like to contribute to the creation of a system in which nature and society, which are the foundations of humankind, can support each other’s affluence.

The NYK Group has integrated ESG into its management strategy and is continuing and accelerating various efforts to resolve social issues. We believe that one of these efforts, “Return on Earth,” is an important mission that should be fulfilled by the NYK Group, which does business in the oceans of the world and around Japan. It is a great honor for NYK Group vessels to contribute to basic research to unravel the unknown of the marine environment. As a member of the ANEMONE Consortium, the NYK Group aims to realize a nature-positive society in harmony with nature. Seawater sampling will be performed by Mashiu, a vessel operated by Kinkai Yusen Kaisha Ltd.

The town of Minamisanriku is rich in nature, but in recent years, the effects of global warming have begun to be seen in fisheries. For example, the amount of salmon catches has fallen catastrophically. It is necessary to face and respond to changes as soon as possible, and for that purpose, continuous monitoring that captures changes in the ecosystem is indispensable. We have great expectations for environmental DNA surveys that anyone can work on in a simple way. We will continue to cooperate in conducting surveys and providing data in order to realize the “town that coexists with nature” that the town of Minamisanriku aims for.

Within this consortium, Earthwatch Japan is responsible for recruiting citizen volunteers and teaching them how to conduct surveys and how to use the kit. This time, as many as 632 species of fish were identified at 139 points selected by the citizens themselves. This achievement shows that citizens can be a great force in obtaining scientific data on marine biodiversity, and this can be said to be a successful example of citizen participation toward the achievement of the SDGs. Our surveys have been supported by Kakaku.com, Inc.
Tetsuro Urabe, Chairman, Earthwatch Japan

Ph.D. (Science) Kyoto University, 2001. After serving as a lecturer, associate professor, and professor at Ryukoku University, he assumed his current position in 2018. He is President of the eDNA Society, Director of the Ecological Society of Japan, and Director of the Society of Population Ecology. Awarded with The Young Scientists’ Prize (MEXT, 2013), The Akira Okubo Prize (Society for Mathematical Biology [US] & Japanese Society of Ecology, 2011), The JSMB Young Scholar Award (Japanese Society of Mathematical Biology, 2009), Miyadi Award (Ecological Society of Japan, 2004).
Source: Nippon Yusen Kaisha 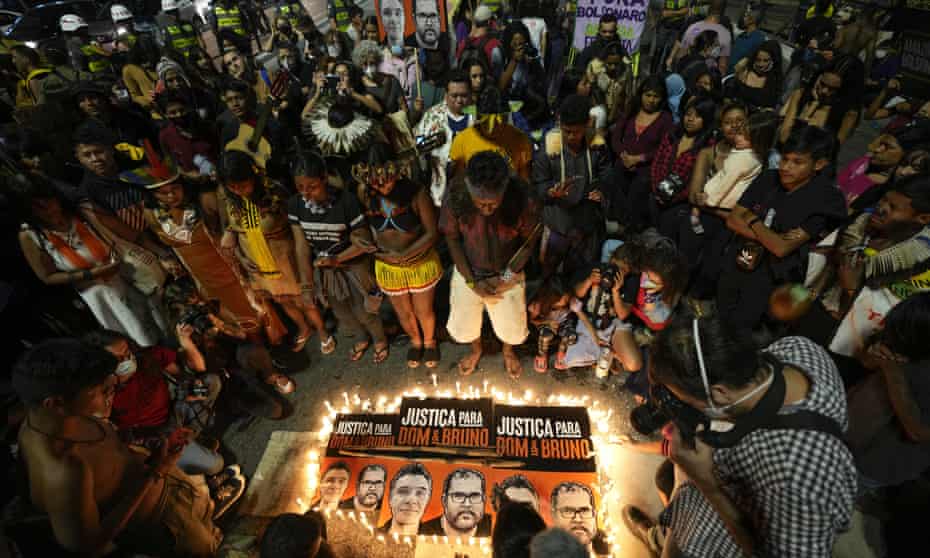 Previous post ‘Dom Phillips was natural storyteller – for us, he was always Uncle Dom’ – The Guardian 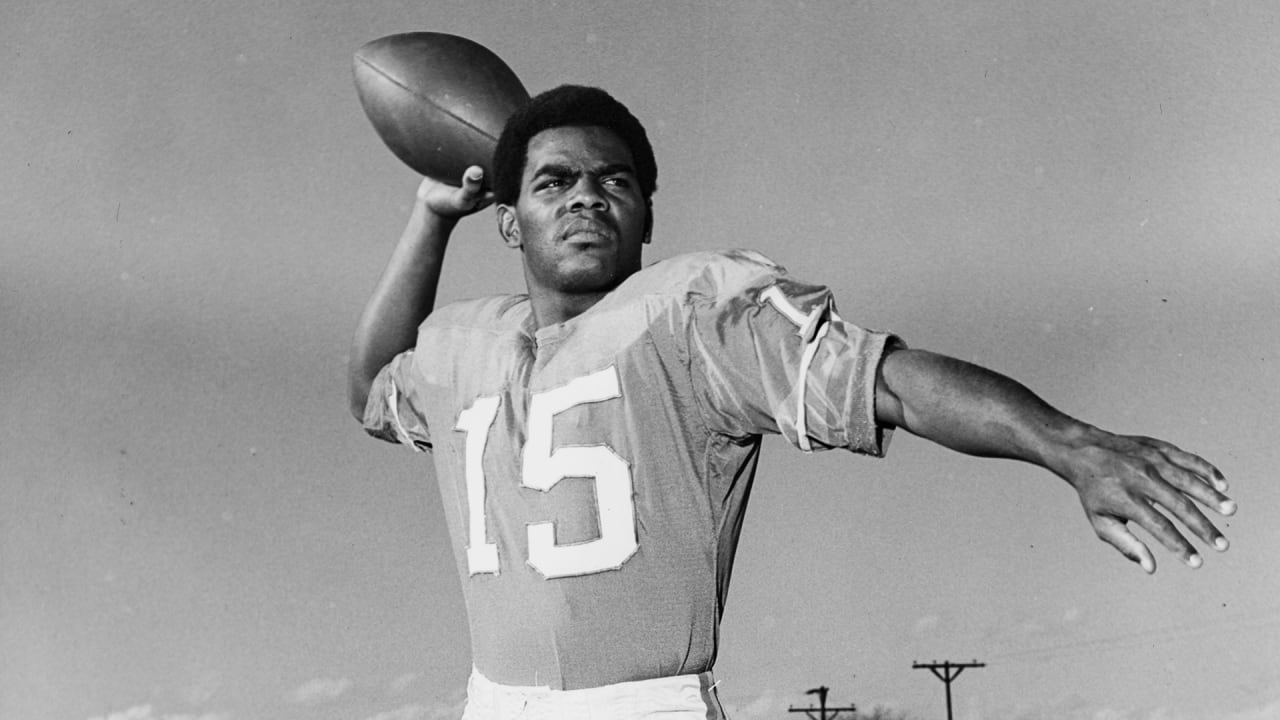